What's there in name?

"What's in a name? That which we call a rose 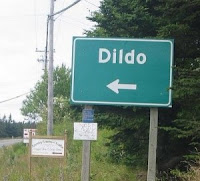 By any other name would smell as sweet." Shakespeare in Romeo and Juliet.
Of course it is still the sweet thing that smells sweet and only the different thing would be that it won’t be called any more as “Rose”.
Ever heard Russel Petters making fun about having an Indian friend in America whose name is Har-dick? He goes on to claim that he met another guy called Suk-deep. And finally cracks a joke about those two being a friend.
Today I was in the canteen, like as usual, rushing up for my order. The canteen man passed macaroni. He says it’s Dick-Bitch! I just laugh at my friend Digvijay. And in return he laughs off saying Top-Gay. And we both laugh at our names. There was the open house discussion in the OAT, and a guy from Manipur stood up and it wasn’t long before everyone laughed at hearing his real name. I couldn’t get his name and till now I don’t know his name. Like everyone else, I know him by the name Yo-Yo.
Eversince I joined this college, I had been constantly made fun of my name: TOBGAY as TOP-GAY. And to add so much this humiliating great name, my first name in India is usually for women: Sonam. And now I have Bhutanese friends calling through the same line. They just find it so funny. We had Singye, and yet people especially Bhutanese friends made him SICK-GAY, so we are now Sick-Gay and Top-Gay (Hahahaha). It just doesn’t matter to anyone that Singye and Tobgay means Lion and the Power Growth (sorry if I am wrong in converting, but it literally if we go with direct translation).
There is another guy from Congo. His name is Guy. A guy with the name Guy. I wonder if there is someone who could be called as Girl. There are plenty in the world. There are places like Shitterton, Crapstone, and Dildo in New Foundland. Here are little treat for football fans: we had footballers with these names Pele, Maradona, Zidane, Ronaldo, (whats funny about these great names? No, there isn’t any) But how about these ones: Segar Bastard, Milan Fukal, Argelico Fucks, Have-a-Look Dube, Johnny Moustache, Dean Windass, Nicky Butt,  and there are many.
I wonder what would happen to my name. It won’t just stop even after I tell people that I am perfectly normal. I love women, not man. Sometimes I ignore saying I am simply happy and gay.