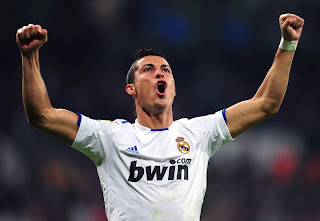 “What an arrogant brat?” “He’s going to have the worst ego war with people around him, the guy’s just ARROGANT!” “He’s so confident about himself, and his ARROGANCE will someday let other over run through him”  “Man, that arrogant boy will never learn how to respect elders” “There’s no use head butting against his arrogant idea, he won’t just listen to you also”
No one actually likes one who is arrogant about his work, and among his friends and colleagues. We feel it’s too much a work and of course futile to go crazy with someone who is sick with his too-much arrogance. There is no as such a good in bringing out a better chance of getting along in work or in friendship when other person cares all about is he, and is selfishly protective off his loopholes. Many despise dragging ourselves into useless work. They are nothing less than fools we compare to. They are fools who are deceived so much of their abilities that they don’t see their faults. And thus, there is no corner left in between us to get to a point and work out something.
But then looking at egos and arrogance from the perspective of the person who holds it, there’s so much a good thing about it (at least I feel that way). The one’s egos are as much power energy needed to push the person forward in this ruthless world of survival. It energizes the subdued fear and presses instincts. If a humble wise man does not stand up against the turbulent wind of foolishness in the world, what good is his wisdom if he leaves it to the unsettled circumstances? Lest he was arrogant, his egos to not to let anything which he cares so much as the beneficiary thought for others, it would have made a major impact.
Anyone who is with too much ego always ends up doing something or the other thing. Man who gives up easily, even less to care about his humbleness, things he wants always will be pushed further. It would mean that he should wait ashore till the tempest in the sea ceases. And believe me, even if the tempest subsides, the sea always comes with waves. A man who is strong in physical without a stronger spirit is like a building resting on a rotten pillar of an ancient wood. It will collapse at the slightest pressure of mild wind let alone the loads of its own.
There are people who never stopped to the stooping of failure. Abraham Lincoln made it the president at his sixteenth try. Had it been not for his egos which forced him to not to lose a self belief, there would someone remembered as sixteenth president. The point I am trying to tell here is that egos and arrogance are as much important if you want to be successful.  They drive your motivations, they ignite your thoughts and only thing you need is to be self believing. I won’t include self-obsession by the way.
I am so much fond of Cristiano Ronaldo. And no one is anonymous about him. He is a global star. Through football, the guy has become a celebrity. And his passion is football. Only few of us are lucky enough to enjoy what we do, others do what they are supposed to do. He is full of ego. Every hardcore hater of him would argue that Ronaldo is too egoistic. The way he speaks in interviews, he never leaves anyone to not to know his arrogance. But there is a charisma in his football, which ultimately ends up making him charismatic. His egos and arrogance helps him to do much better than before. They push him so much afar. Opponent fans boo at him for his over showy football and antics, but the guy just doesn’t stop doing things better and better. And he enjoys doing it. His egos and arrogance is his best compatriot. They make him not just strong from within but also help him in achieving the dreams.
Egos and arrogance are so much important to life. They are not good in case they become too much, but then without these things, you can’t even dare to take a step ahead.
Email Post
Labels: others Random Thoughts