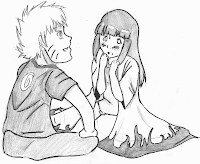 People always go on in search of a person they want to be with in people they meet. The length of desire goes on and on. Meets one, and parts with other two. It never ceases. Of course it’s a life, something everyone cherishes as so precious. You can’t imagine your life with someone who doesn’t even bother to care a least about you.  It’s an equation that has to be balanced in order that one ends up with perfectly other half of oneself. Happiness, caring, loving, sharing and all other virtues gather itself finally to a perfect living. Like in harmony of eachother’s presence, the tree in the forest actually makes up the whole thing called Forest.  But the complementary of oneself is something that is rarely a perfect chance that which comes with sheer unexpectedness. It doesn’t happen as if we solve out some mathematical equation. It’s a god damn life that doesn’t come with predefined instructions to achieve certain perfect things.
Everything begins with a mere coincidence of chancing upon eachother. We cross roads by chance and sometimes end up falling in love. Some do through so many romantic ways. They make their love life as perfect as their so called perfect life. But many fail. I am one among people whose relationship doesn’t lasts to greet another Christmas. It lives so short. Reason- I don’t know. Perhaps I was not with a right person. Perhaps I was not the right person for her. Perhaps I am not as good as any other man is. This is no act of desperation here. It’s just a random thought on certain experience of my life that can be related to anyone’s life. I know this girl; knew her since high school days. With every bit of life moving ahead, through the years, we decided oneday to try out something what we call as relationship. The same old story of my life. It didn’t last. It collapsed at the knock of mere misunderstanding. Texted me that there is no love in trying out to stick with eachother without the trust. And it was just few months after we finally decided to make our shaky relationship strong. Did we make it even weaker than it was? Shocked and saddened, I replied her that there is no trust without care. Tried couple of times calling her. No. No, she wouldn’t pick up my call. What in the hell did I do to make her ignore me? Nothing. I couldn’t remember anything that made me realise that I was at wrong. Of course I once said her that with so many things changing between us, I could no longer assure myself that I trust her. She started talking so many things which opposed everything she used to be. It occurred to me that time is conspiring something new of which I had a confused idea. There can no longer be a strong line of trust between us.
Time went by. I was moving ahead without her, was content with life. There was no room for missing her. I was not living at all in the dead past.
Did I really love her? If I did, then why don’t I know miss her? These kinds of questions never crossed my mind. I learnt that there is no use in banging on the dead wall. There can never be a reason enough to make ourself compelled to make out with someone whose dream doesn’t match with ours. It’s useless. You can never be able to convince yourself that she completes your other half when she isn’t happy being with you.
But out of nowhere, there was this call. It was perfect coincidence. I hear that she had so many reasons to not to be with me. It was awful to know the reasons. And all that I could see was that she needed someone perfect. I was laughing off that her kind of lover which she is looking in me can be found only in some fairy tales where a young charming prince fighting his way through so many odds, bows on his knee and gallops away with the princess. We can’t be so impractical about life. Humans are made with so many mistakes. Perfect are those few lucky ones who donot make too many mistakes. Otherwise the concept of perfectness is impractical. She has a right to decide about her life. But I have a right to be the way I am. How can I go on to be someone I am not? The misunderstandings and confusion in relationship has a way out to clear. It’s not a dead end that we resort to.  The pair has to sort it out. But if there’s no way in it, then there can be no other means than to part ways. I don’t regret that she didn’t feel my emotion and never understood me. But onething was so clear from our failed relationship that all those years, I never knew her and I regret that I lost my friend in my ex-girlfriend.
She didn’t make it long with her new boyfriend either, I hear from my friends.
There are no perfect human beings. But if we believe we are in a perfect human relationship that which ultimately forms a better web, then it is so. It’s all in ones heart and head that we believe in someone we are with and talk our imperfections.
http://fc04.deviantart.net (photo courtesy)